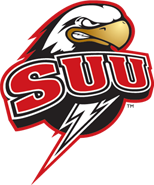 VERMILLION, S.D. (ABC 4 Sports) - For the second straight game Southern Utah's football team dug itself an early hole and was not able to climb back out as the Thunderbirds dipped to 3-1 and 0-2 in Great West Conference play Saturday with a 24-19 loss at South Dakota. USD improved to 4-2 in its GWC-opener.

South Dakota took a 14-0 lead early in the second quarter in a loud Dakotadome on Homecoming, and although the Thunderbirds were able to get back within 14-13 the Coyotes scored the next 10 points to go up 24-13.


"I don't know what it is," SUU quarterback Brad Sorensen said. "I don't know if we just come out flat or what. I know other [GWC] teams have a circle on their calendar after what we did last year and other teams are coming out fired up to play us. I know we can't expect to put it together in the fourth quarter against good teams and expect to win games though.

"If we could just start off the same way we play in the fourth quarter we'd be in great shape," he added.

After the Thunderbirds got down loud USD crowd "made it very difficult for our offensive line," SUU Coach Ed Lamb said. "You have to give their fans credit and their environment. They scheduled this game on Homecoming for a reason, that gave them an advantage and also they have some very good pass-rushers our offensive line was nervous about. Those two things put together really affected our offensive line."

Although Marcus Sims ran for 153 of USD's 247 rushing yards, it was probably Warren who hurt the Thunderbirds most, as he was able to scramble out of trouble numerous times and turn potential losses into big gains.

"The quarterback really hurt us," Lamb pointed out. "At times we stopped the traditional-style running game and got them in a longer-yardage situation, then their quarterback scrambled and kept drives alive. It was a combination of not playing super-stout against the run and then their quarterback getting them out of situations, so their offense stays on the field, they get a few more shots to run the ball.

SUU was able to throw for 303 yards as Sorensen completed 32-of-44 passes without throwing an interception but finished with just 11 rushing yards, on 17 attempts.

Will Powell set South Dakota up for a 7-0 lead with leaping one-handed catch at the three-yard line on the Coyotes' first drive, a 45-yard reception. Three plays later Dante Warren ran one yard for the score.

USD upped its advantage to 14-0 on a 20-yard Warran TD run, but the Thunderbirds closed the gap to 14-7 when freshman Brady Measom caught an 11-yard pass from Sorensen for his first collegiate touchdown. Measom's catch capped a 6-play, 61-yard drive that began with a 34-yard Austin Minefee kickoff return.

SUU's defense forced a punt late in the second period with a pair of sacks - Cody Larsen and Kouri Jones teamed up on one and Chad Hansen chased Warren down on the other - setting up an SUU drive that found the 1'0-yard line. Sorensen's pass to Abbel Aiono in the end zone was knocked away on third down, however, and the Thunderbirds had to settle for a 27-yard Colton Cook to trail 14-10 at halftime.

Southern had a great opportunity on the opening possession of the second half when Minefee ripped off a 63-yard kickoff return to set the Thunderbirds up on the USD 34 yard line. The Thunderbirds weren't able to move the ball, however, and had to settle for a career-long 44-yard field goal by Colton Cook to pull SUU within 14-13.

South Dakota took 21-13 lead on a six-yard pass from Warrant to Michael Nelson, then tacked on three more points with a 25-yard Kevin Robb field goal with 6:19 to play.

The Thunderbirds battled back, answering with an eight-yard Sorensen-to-Abbel Aiono TD pass with 2:17 to go, but the two-point conversion failed and USD was able to run out the clock, converting a fourth-and-one along the way.