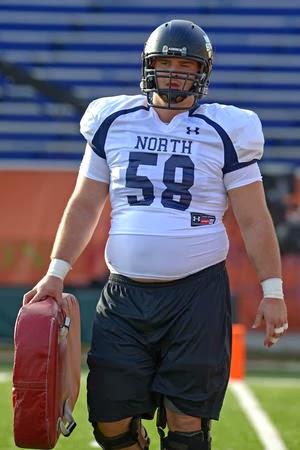 Nick Pappageorgio | Detroit Lions Forum
I’m just about ready to proclaim that Utah State C TYLER LARSEN has already validated his reputation as one of the best at the position in the country. He’s a big guy who’s plenty strong as well as being athletic in a short area. He’s also known as a smart player who will make line calls right away in the NFL. He’s not dominating people, but he is moving folks around and holding his own with everyone he faces. Unheralded Colorado State C Weston Richburg also quietly had a strong day. Richburg struggled at times to anchor when bull-rushed, but did a nice job moving his feet and staying between his man and the ball. 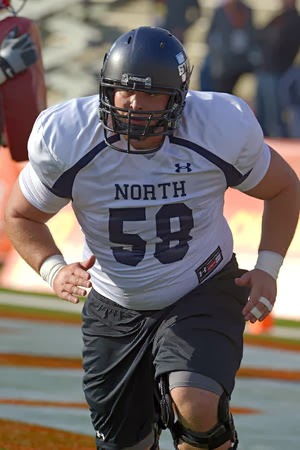 kim@pewterreport.com | Pewter Report
The offensive linemen who impressed the most on Wednesday were Ohio State’s Jack Mewhort and Utah State center Tyler Larsen, who put Donald on the ground during two of his reps and was the only player to give him a good challenge. 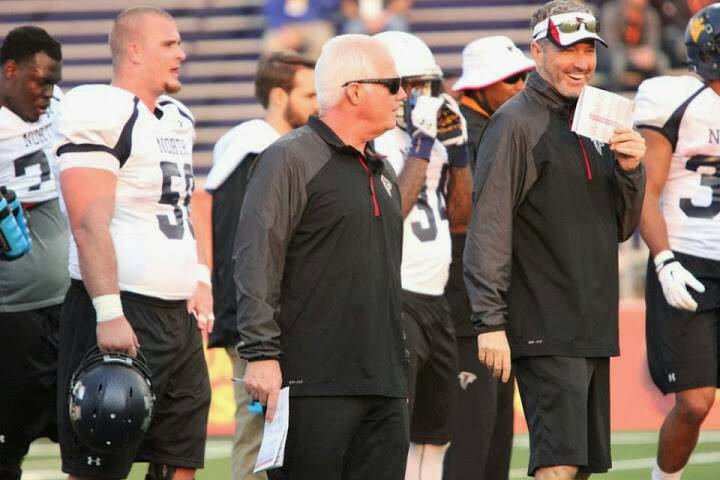 Josh Kirkendall | Dayton Daily News
If you're looking at centers, consider Utah State's Tyler Larsen. He has been one of the few offensive linemen that's slowed the unstoppable Donald this week. Larsen carries a 4-5 round projection. 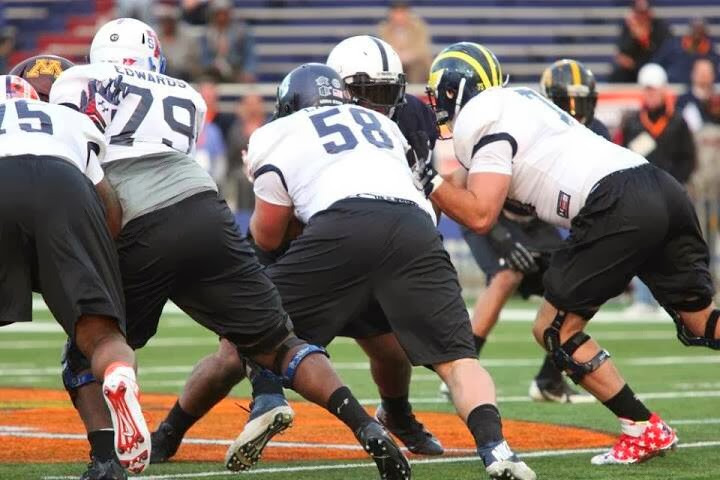 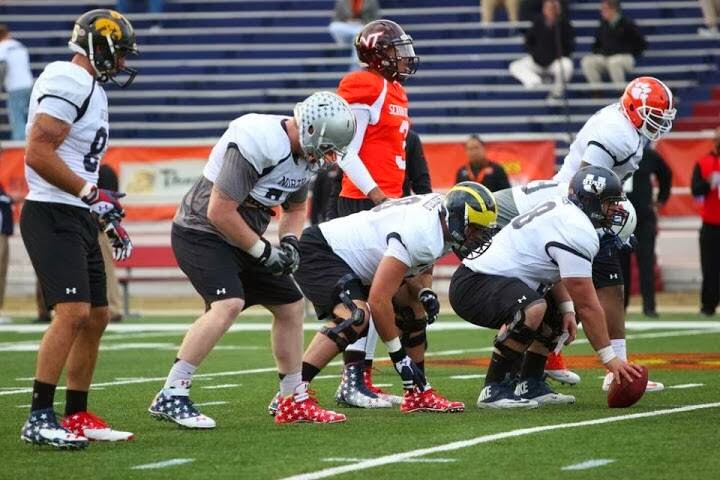 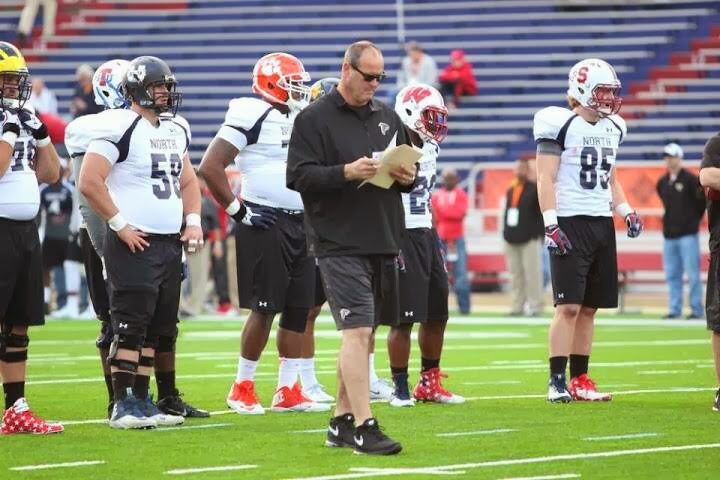